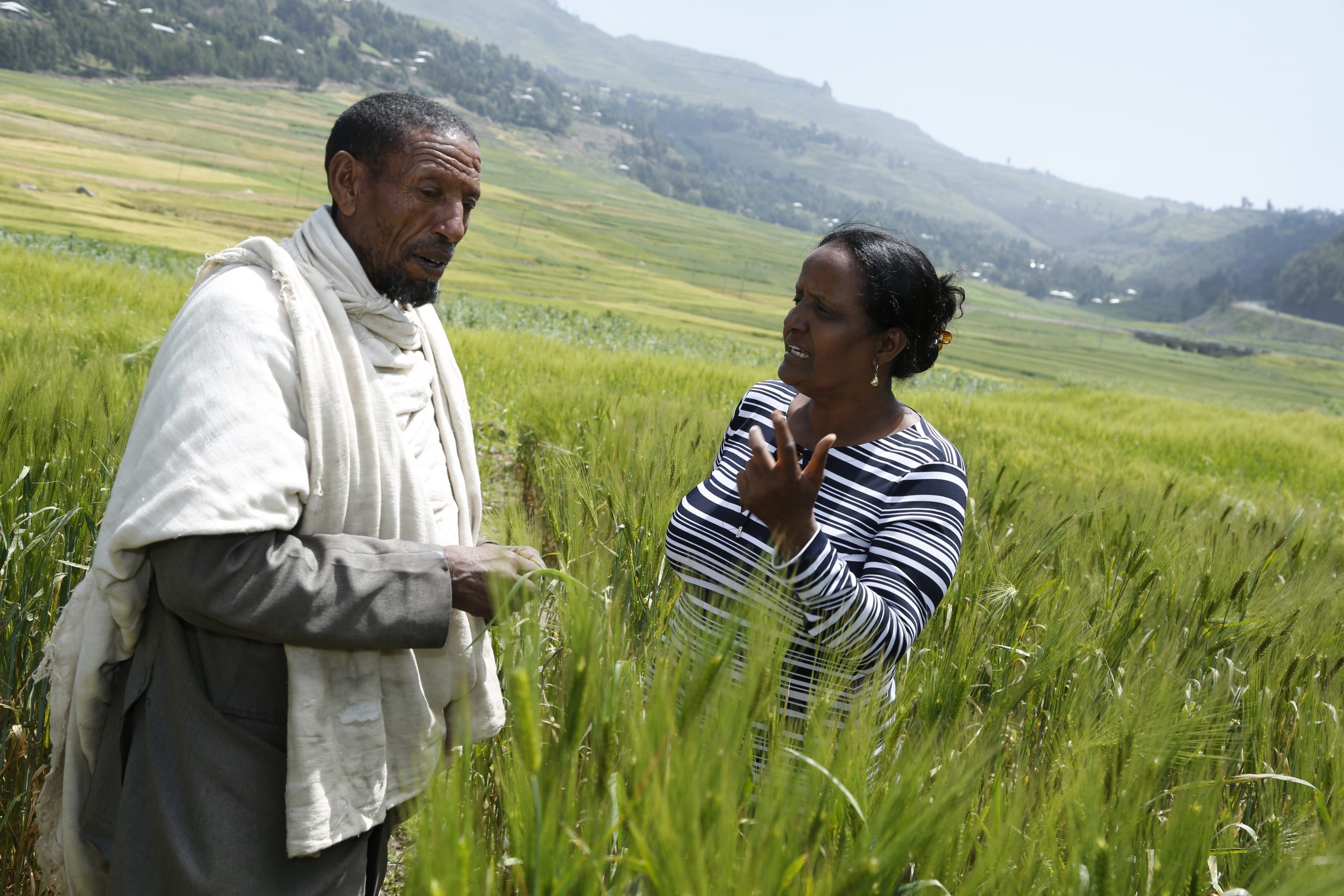 Earlier this October, Dr. Fetien Abay Abera, a 2010 African Women in Agricultural Research and Development (AWARD) Fellow and professor of Plant Breeding and Seed at Mekelle University, Ethiopia, was named as a the second runner-up for the Impact Research and Science in Africa (IMPRESSA) Award of the Regional Universities Forum for Capacity Building in Agriculture (RUFORUM). The award, which was announced at RUFORUM’s 13th Annual General Meeting in Lilongwe, Malawi, was established in 2009 and recognizes “outstanding university-led contributions to development through agricultural research and science, human and institutional capacity building.” To those familiar with Dr. Abera’s work, that she is a recipient of the IMPRESSA Award comes as no surprise.  Dr. Abera is a woman of many firsts; she was the first female lecturer at Mekelle University, and the first Professor in Plant Breeding and Seed in the Department of Dryland Crop and Horticultural Sciences in Ethiopia. In addition to maintaining her work as a tenured professor at Mekelle University, Dr. Abera is the director of Institute of Environment, Gender, and Development Studies (IEGDS), and an associate editor for the Journal of Dryland Agriculture, and much more.

Having landed in agricultural studies by default as a result of the government’s placement program, Dr. Abera ended up working as a development agent in Ethiopia’s Ministry of Agriculture. This nurtured her interest in working with farmers, teaching them about new technologies, and ultimately, her entry into plant breeding.

Dr. Abera’s research centers on developing sustainable varieties of crops that are adapted to the farmers’ needs.  The daughter of farmers, she makes an effort to work very closely with crop growers to understand how to breed improved varieties for them.  She is especially keen to consider the diversity of both men and women farmers, their preferences and the unintended consequences of the resulting breed. In an area that experiences frequent drought, for example, Dr. Abera works to create drought-resistant crop varieties of barley. In one of her research projects on barley breeding (seed safety through diversity-SSD project), she engaged both men and women, farmers, to participate in the selection of best-performing genotypes, which she then used for breeding and realized an exciting diversity of 200 genotypes. From these, she employed cross-breeding and has now released five varieties [of barley]. Her seed varieties have been so successful that they have spread far past where they were initially distributed, places she has never visited, a testament to how useful they’ve been to farmers.

Some of the farmers she has worked with have even named the varieties after her! When you drive across a village, and you ask them if they have an improved barley variety, they say, “yes I have, we have a variety called Fetien” Remarks Dr. Abera!

She also takes a unique approach to the agricultural issues she targets: multiple angles. “My project agendas are…very much integrated into following the value chain…if I have a plant breeding project, I have a seed project, and I also have a value addition project” Dr. Abera explains. She relies heavily on her students to manage her multiple projects. Seeing them succeed is her pride; she hopes to see many others, especially girls, on the path she has taken.

Thanks to the AWARD Fellowship

Dr. Abera attributes her leadership qualities to her experience as an AWARD Fellow.  “All [my] confidence and assertiveness are contributions of AWARD,” she said, “[My fellowship experience] was a point of determination for my life and [understanding] what I want to achieve.”  Now, Dr. Abera takes special care to improve gender responsiveness.  She includes women farmers in her focus groups when she develops new varieties.  She is also a co-founder of Tigray Women Agriculture Professional Association (TWAPA) and leads her institution, Mekelle University, in assembling a critical mass of female staff.  “More than 90% of [our female staff] are not assertive—they are culturally constructed to be shy,” she says, “But I have the feeling that if these ladies had access to the kind of training I received (as an AWARD Fellow), how many female staff could we produce on the same path [of academic success] as me?”