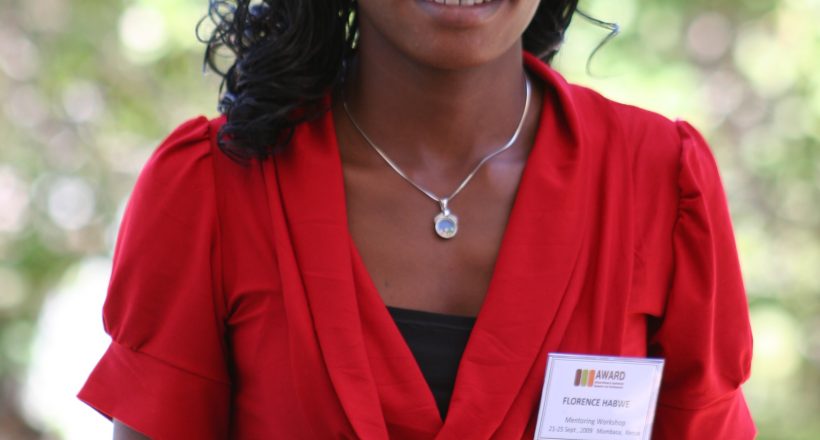 Florence Habwe, a doctoral fellow at Maseno University, has received the prestigious Young Scientist National Award (Life Sciences) from the African Union (AU) and The World of Academic Sciences (TWAS) in recognition of her research on the preservation of African indigenous vegetables.

The awards are designed to recognize scientific excellence. In each participating country, two US$5,000 prizes are awarded each year in the categories of life and earth sciences, and basic sciences, technology, and innovation.

“AWARD introduced me to the world of publishing,” says Habwe. “I published my first paper after I completed the AWARD workshop on scientific writing, and later four more, which led to this achievement. I thank AWARD and my mentor, Professor Mary Abekutsa-Onyango, and my supervisors for how far I have come.”

Habwe says her science skills and confidence as a researcher have continued to develop in the two years since she graduated from the program. “I strengthened my scientific knowledge through collaboration with fellow women scientists and others,” she says. “I now know where to go to do what. When I won an AWARD Fellowship in 2009, I was very shy and could hardly speak to people. All that has changed,” she adds, laughing.

The award celebration was hosted by the Ministry of Higher Education Science and Technology in Nairobi, Kenya on December 11.