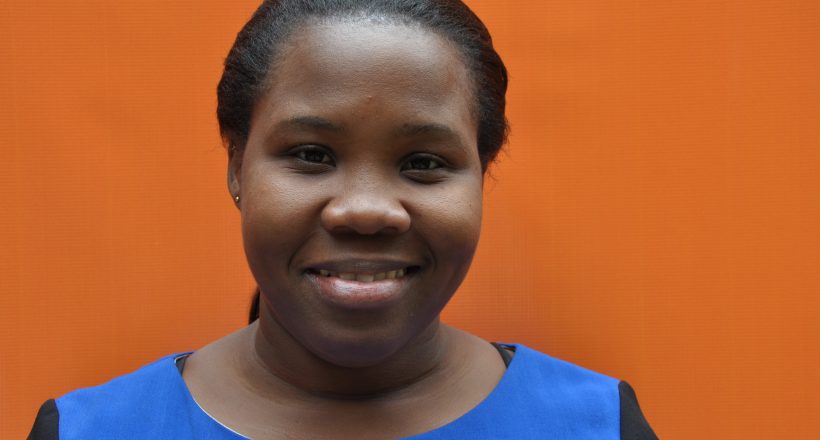 Ana Lidia Gungulo was motivated to study agriculture by a government official, who visited her school and spoke of agriculture’s importance for Mozambique’s development and future. Until then, Gungulo, whose mother cultivated rice, had only considered farming from the narrow context of her family. “Suddenly, I understood that on a broader scale, agriculture is very big and has the potential to better the lives of a great many people,” she says.

Gungulo obtained a scholarship to study agriculture at Eduardo Mondlane University in Maputo, where she discovered her interest in economics. “I enjoyed the models and the way economics allowed me to consider agriculture from another perspective, in addition to the scientific aspect,” she explains.

For her master’s in Agricultural Economics, Gungulo studied at the University of Pretoria in South Africa. She analyzed the production and market participation of smallholder bean farmers in Mozambique, where beans play a key role in food security and income generation. She looked at both cowpea, which is primarily produced by women for home consumption, and common bean, grown mostly by men as a cash crop.

Gungulo found that although common bean commanded high prices in urban markets, most of the farmers were not benefiting. There was a mismatch between their bean production, concentrated in the central and northern areas of the country, and the demand, which was primarily focused in the south. Thus farmers faced high transfer costs getting the beans to market. In addition, their yields were poor and the work labor intensive.

Her research suggested that access to inputs such as improved seeds, fertilizer, and better farm-management practices could substantially increases yields of both cowpea and common bean. Organizing farmers into associations made market access more cost effective. There also was a clear link between education and improved outcomes for both men and women. “Literacy makes a big difference,” notes Gungulo, “Educated farmers are more willing to try modern inputs and adopt new technologies or strategies.”

In her current work at IIAM, Gungulo is analyzing farmers’ adoption of new technologies. She also evaluates their uptake of processes, such as the development of a production line or strategies to increase soil fertility. She hopes to find funding to return to her bean research, working with farmers on ways to reduce labor and increase their yields, market access, and incomes.

Gungulo is proactive in her work, seizing opportunities and exploring options. “When I see a problem, I like to investigate and try to solve it,” she explains. “Without new solutions, it is ultimately the farmers who lose out.”

Gungulo plans to pursue a PhD to enhance her research skills. “I want to develop my economic analysis expertise in order to further tap the research data and make strong recommendations to farmers and policy makers,” she says. Gungulo also wants to acquire more professional clout and confidence, so that her ideas are taken seriously. “As a junior researcher, I have had to work hard to defend some of my research initiatives, until more senior researchers validated them.”

Being an AWARD Fellow has earned Gungulo more credibility within her organization and is boosting her confidence to convince funders, policy makers, and fellow researchers of the merit of her ideas. It is also giving her access to the leadership development, networks, and research and proposal-writing skills that she craves. “I want to become a highly recognized researcher, so that when people talk about agricultural economics, they point to me,” she concludes.