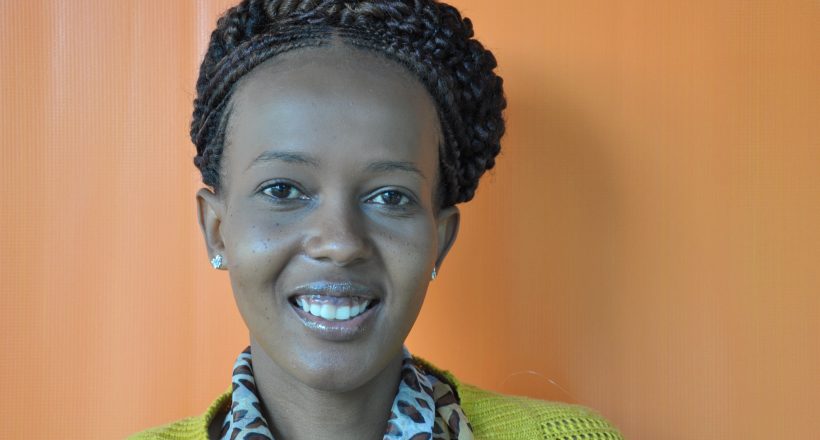 Jacqueline Kariithi discovered the geography and natural beauty of Kenya as a child, traveling with her family during school holidays. Today, she is researching ways to tap into the tourism potential of some of her country’s neglected natural sites, while also promoting the livelihoods of women and local communities.

“Tourism is the leading economic sector in Kenya, after agriculture, but much of it has neglected the development needs of local communities,” says Kariithi.

Kariithi sees great potential in drawing tourists to lesser-known parts of the country, which are rich in natural attractions. She is exploring ways to build cottage industries in tourism, including eco-tourism and agro-tourism, to diversify employment and income opportunities for smallholder farmers and pastoralists. Her research is focused on the Mount Elgon National Park region in western Kenya, but has widespread applications as well.

Kariithi began studying environmental sciences as an undergraduate. Because the field had not fully developed in Kenya, she obtained her BSc abroad at the University of East Anglia in the U.K. The concepts of eco-tourism and conservation were just taking root back in Kenya at that time, and Kariithi obtained an internship with the grassroots Green Belt Movement, spearheaded by Nobel Prize laureate Wangari Maathai.

“The experience prompted me to start an enterprise called African Village Connections, whose chief aim is to work with local communities, primarily women, to generate income by offering homestays for tourists in rural villages in Kenya,” says Kariithi. “The visitors get a very hands-on and authentic experience of farming practices and lifestyles through a culturally oriented form of agro-tourism, which also introduces them to broader development issues.”

“In the early years of my environmental studies, conservation and development were seen as separate entities, and community stakeholders were left out of the picture,” she notes.

Kariithi is currently looking at how to fill the gaps, engaging communities to promote and benefit from nature-based tourism. She is using an integrated approach that combines ecosystem management with multi-stakeholder engagement and geospatial mapping to identify appropriate tourism sites. Her goal is to develop a methodology that can be replicated elsewhere, such as along the Kenyan coast, where she previously mobilized coastal women and youths to build awareness about their contributions to environmental conservation and waste management.

Once she completes her PhD in late 2014, Kariithi wants to return to university teaching to influence the next generation of scientists. She also wants to work within the public sector system to drive policy where it can make a significant difference. “The public sector has such a broad reach, not only with students, but also among the NGOs and institutions with which it partners and consults,” she says. “It has a lot to offer to start the path of change.”

Being an AWARD Fellow is changing Kariithi’s own career path. “The biggest thing for me is the increased visibility I will gain from AWARD, which has been missing from my career even though I have worked and studied in high-profile institutions,” she says. “I want to generate interest and inspire new ideas.”

Kariithi also values the networking, personal development, and confidence building she expects to gain from AWARD. “It is such a strong motivation to carry on, make a difference, and not feel alone,” she says, noting a lesson she learned from the late Wangari Maathai. “Someone has to speak up for those who don’t have a voice and could easily be neglected, even the plants and trees.”

Previous
Ininda, the Scientist with a Knack for Turning Every Seed into Gold
Two Award Fellows to Further Their Research after Receiving Prestigious Pearl Grant
View Other Stories Next