FELLOWS' IMPACT
Back
5652
Dr. Stella Ennin is the first female deputy director of the Crops Research Institute of the Council for Scientific and Industrial Research in Ghana. 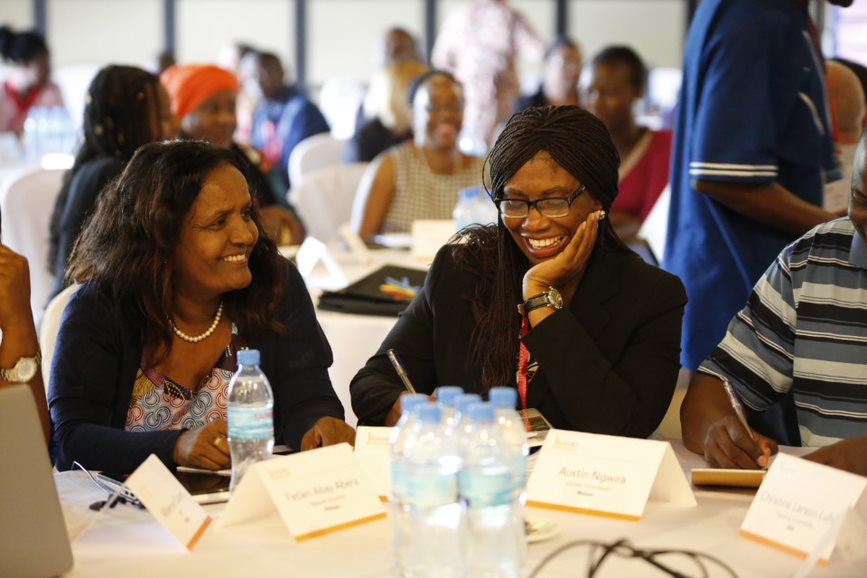 AWARD Fellow Dr. Stella Ennin recently received a 2012 Ghana Women of Excellence Award from the Ministry of Women and Children’s Affairs for her contributions to scientific research and agricultural development. Ennin is the first female deputy director of the Crops Research Institute of the Council for Scientific and Industrial Research in Ghana. She is also the first female in the entire organization, which is made up of 13 institutes, to reach the highest grade of chief research scientist.

Ennin has contributed to the development of 14 crop production technologies. She has also organized some 70 field days for 200 agricultural extension officers and 2,000 farmers, both men and women, who were trained on the new technologies, resulting in 10 to 50 percent yield increases and the reduction of drudgery in crop production. These new technologies include choice of variety; chemical and organic fertilizer application to normal and quality protein maize; and optimum cowpea and soybean plant population density in crop rotations and intercrops with maize and cassava. She also developed mechanized ridging for planting and minimum staking to reduce drudgery and deforestation associated with yam production and climate change in Ghana’s coastal, forest, and forest-savannah transition zones.

Ennin’s research activities on the theme “legumes for the development of sustainable crop production systems, increased incomes for farmers and better nutrition for all” resulted in a Presidential National Award for the best agricultural researcher in 1994. To date, she is the only woman to win this award.

Ennin is currently coordinating a crop-livestock research and development project in Ghana, Benin, Mali, and the Gambia.

AWARD sponsored Ennin’s advanced science training in biological nitrogen fixation at Australia’s Commonwealth Scientific and Industrial Research Organisation in 2010. She has 89 publications to her credit.

Ennin says she also benefited from AWARD’s leadership development. “Like so many scientists, I had next to no formal leadership and management training before AWARD. Its mentoring and leadership training—especially about clearly defining career goals and constructing a road map to achieve them, and the importance of emotional intelligence in good leadership—was so exciting. I knew that most of my colleagues and my director did not have this important knowledge, and I needed to share it with them urgently.”