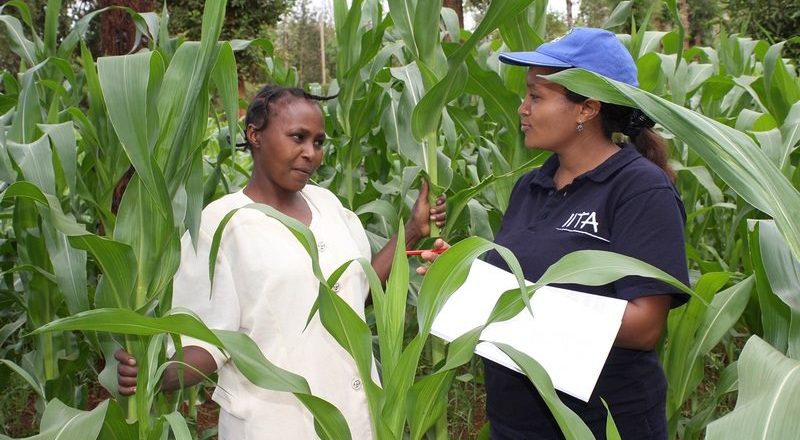 AWARD Fellow/Mentor Dr. Charity Mutegi, a young Kenyan scientist, who currently serves as the Kenya Country Coordinator for the Aflasafe Project for the International Institute of Tropical Agriculture (IITA), on assignment from the Kenya Agricultural Research Institute (KARI), was named winner of the prestigious Norman Borlaug Award for Field Research and Application, Endowed by the Rockefeller Foundation.

Mutegi, 38, made major breakthroughs in combating the deadly aflatoxin mould contamination that occurs in stored grain, which has been a serious problem in Africa and around the world for decades. The prestigious prize honours individuals under age 40, who emulate the scientific innovation and dedication to food security demonstrated by Nobel Peace Prize Laureate Dr. Norman Borlaug.

Aflatoxin, a naturally occurring mould, is a major concern for farmers and consumers worldwide; it is toxic to people who consume it either directly through contaminated grain, or through milk or meat if livestock have been fed contaminated grain. It is one of the most carcinogenic substances known.

Dr. Mutegi spearheaded efforts to identify the cause of, and solution to, a deadly outbreak of aflatoxicosis in 2004-05, fatal to 125 people in eastern Kenya, who consumed contaminated grain. Her diligent research led to innovative solutions to avert future outbreaks and safeguard the region’s staple crop of maize.