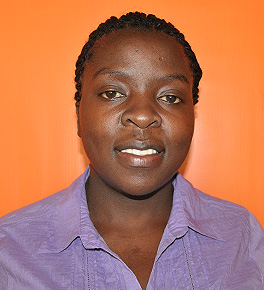 Sarah Akwabi Mukolwe
VIEW FULL PROFILE
Sarah Akwabi Mukolwe, the thirdborn of six children, had her first real encounter with livestock when she was growing up in a pastoralist area in West Pokot Kenya where her father was working at the time. Much later, she was hired by the Ministry of Agriculture, Livestock and Fisheries as a zoologist and found herself working directly with livestock keepers in a semi-arid district of Eastern Province.
I would like to convert laboratory research into policies that have a positive impact on pastoralists.
Field of Research
The villages in my work area had no diagnostic facilities so farmers had to rely on their own observations and the wisdom of the agro-vet shop owners.